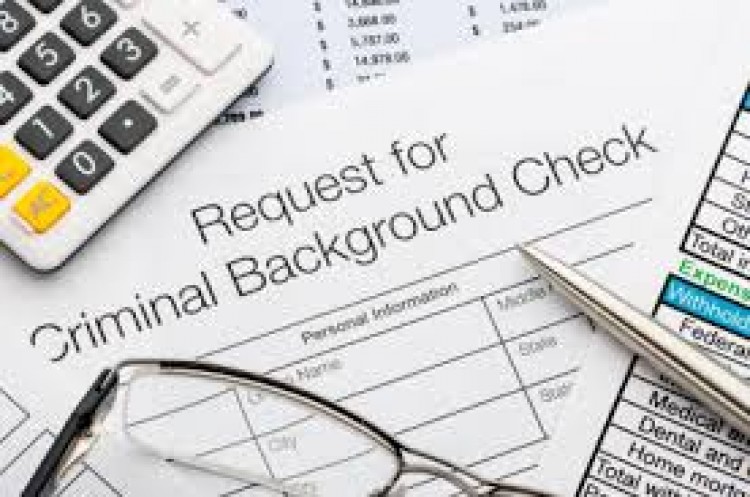 Let’s say you’re under high pressure to fill a position within a tight deadline. You find the perfect candidate who you know will excel in the job and has excellent references. Do you risk missing that deadline with the time it takes to run the candidate through the background screening process? In this type of high-stakes scenario, it’s often pretty easy to forget about the cost of skipping the employee background check.

Or what about in the scenario where one of your best employees refers a friend for an open position within your company. Your employee says they’d trust this friend with their life, and it’s clear they’d be a great fit. Do you still run a background check? Unfortunately, too many employers elect not to do so. But we’ve seen firsthand how that can be a major mistake.

A CareerBuilder study revealed that a massive 56% of employers have found embellishments and even outright lies on submitted resumes. Some frequently misrepresented details, such as dates of employment and academic degrees, would have been immediately uncovered with a good background check.

Furthermore, while we all know the importance of a thorough interview, it’s still only a fraction of the big picture. A candidate who can confidently talk about their past experience and skill sets doesn’t necessarily turn into an employee who can capably demonstrate their knowledge on the job. Plus, interviewees are on their best behavior; the interview isn’t enough to reveal the potential character flaws that may result in workplace violence, fraud, or incompetence.

The typical hiring process depends upon the background check in order to get the whole story on a candidate. An employer that falls short of gathering the big picture is at high risk of quickly realizing the cost of skipping the employee background check.

The Cost of Employee Theft and Fraud

According to the Association of Certified Fraud Examiners, companies lose an average of 5% of revenue on an annual basis as a result of employee fraud. Moreover, a single case of employee fraud can cost an average of $145,000. in fact, that figure exponentially increases if more than one employee is involved in the situation. Can you afford a loss that huge?

The most common types of occupational fraud are financial statement fraud, corruption, and asset misappropriation. These appear to occur much more frequently in small businesses of less than 100 employees. Furthermore, no industry seems to be free of this risk. In the retail sector alone, it was estimated that $32 billion was lost in 2014, all due to employee theft.

While a thorough background screening process probably can’t eliminate 100% of this loss, the risk could be much lower if fewer employers skipped this step.

The Cost of a Bad Hire

Theft and fraud aren’t the only threats to a business. Wasted time, diminished productivity, hostile work environments, lost customer loyalty, costly errors, and more can all add up quickly because of bad hires. Bad hires are the candidates who weren’t fully vetted before hire. They might have passed an initial technical screening, but can’t perform under pressure once they start the job. Or they may be high performing in some areas and then be terribly rude to customers. Or they may have wowed you in the interview, but are easily distracted in the office, getting little to no work done on any given day.

In these scenarios, either you’ll end up terminating them or they’ll end up quitting. Then you’re facing the cost of hiring a replacement plus the loss of all the time, effort and money that you put into hiring and training them in the first place. A Glassdoor study estimates that thousands of dollars can be lost depending upon the seniority of the employee; just consider the cost of advertising and recruiting, onboarding and training, HR administration, salary and bonuses, benefits, taxes, 401K matches and more. For a mid-level manager, you could be looking at a loss of well over $74,159. Other studies have concluded that a rule of thumb of costs equal to two times the position’s annual salary are incurred for a bad hire.

In many cases, that loss could have been prevented with a more effective background screening process. If an employee is performing badly due to financial stress, drug use, or distracting legal problems, for example, these things could have been revealed in the hiring process, allowing the company to make a more informed decision.

The Cost of Negligent Hiring Lawsuits

The worst case scenario in any bad hire is that someone sues the company because of the employee’s actions. This happens when an employee leads a business to commit financial fraud… and it turns out they had an extremely sketchy credit history or had even declared bankruptcy. Or, it could be an employee in a high-profile, client-facing position who ends up committing some act of workplace violence… and it turns out they have a background of criminal violence.

Many employers are completely blindsided by examples like these. It often happens with seemingly highly respected and trustworthy employees who have a dark side that was never uncovered. If a negligent hiring lawsuit is brought, companies are looking at an average settlement of almost $1 million. In addition, it’s important to note that employers lose almost 80% of these negligent hiring cases.

In these instances, it’s the value of a thorough pre-employment background check is painfully self‑evident – and why Apex Fingerprinting in South Florida could help you.

Avoid the Cost of Skipping the Employee Background Check

The potential risk of bad hires, monetary loses, and lawsuits is higher than many employers realize, and the cost can be severe. This risk is what makes the ROI on hiring a background screening partner so significant. Running candidates through a timely, accurate background check will always be a valuable practice to sustain in your business. Whether you’re running high volumes of searches or just the occasional background check, we can help your hiring process run more smoothly.

Here’s Why Your Candidate’s Experience Matters in Background Screening